Below is a list of themes that I want to explore before choosing a final design idea for my diorama. Beneath each theme, there are scenarios that are suitable for that scene as well as a list of games/films/books that I could look at for inspiration.

For this heritage group project we have to show game aspects so we need a story, theme or style for the time era of the 1930’s. This is to give the players some sort of story to play with also it is also a great way to cut off the sections we are not modelling (because we can’t obviously model the whole city of Hull within the given time frame). Within the environment we must try to feature the area of Queen Victoria Square including buildings that existed at the time (1941 was the Blitz of Hull), vehicles relevant to this given time and also aspects as well as Artificial Intelligence.

We have split most of the research equally and all of us have contributed to the ideas presented below. The list consists of games that would be good to feature as a theme towards our heritage project; each one of us have decided on one or more games to research and within that research we will discuss what game aspects we can look into from other games to maybe use in our games such as the weather, the gameplay, aspects etc.

The Silent Hill game was released in 1999 on the PlayStation One console. This is a rather large game series that is still getting made today with at least 10 original games and that is not even taking into consideration of how many remakes have been released.  Many Silent Hill fans have recently been very disappointed as a demo/preview named P.T Silent Hills (P.T = Playable Teaser) was cancelled and there are so many rumours going around that there currently is no answer towards why it has been cancelled, however Norman Reedus (The Walking Dead Star known as ‘Daryl Dixon’) was supposed to be the main protagonist, however since the cancellation he has recently been shown in a different game trailer named ‘Death Stranding’ and this is apparently a replacement for ‘Silent Hills’.

I chose one of the first Silent Hill games because I believe it holds some great ideas in which we could in-cooperate into our game. The first and main feature that grabs my attention is the fog; with this game being a survival horror they used the fog as a way to scare the player as you can’t see too far in front of you the player has to be more thorough whilst searching and when an enemy appears you will only notice when you are too close to it and therefore the player has to encounter enemies rather than running away. This game also uses its sound effects to its advantage as the player finds a radio at the beginning of the game which plays no tune but when an enemy is nearby the static noise goes crazy again another method of scaring the player. Another scare technique is the timing. Not only does this game have jump scares but it also features a siren that sounds every so often which encourages more enemies to attack and the environment to change.

The video above shows the atmosphere of the game, watch more of these videos or play the game to experience the gameplay.

I haven’t actually played this game yet, however it looks quite complex as I’ve watched a few reviews and also some walkthroughs. The game was released around the same time as ‘No mans Sky’ and they both had a similar aspect in common which is procedural generation. Procedural generation is another term for random generation, items within games are usually in the same place all of the time and we know exactly where to go every time we replay the game which can sometimes make the gameplay boring. Procedural Generation allows the player to have a slightly new experience every time they play the game also I think it is good for the players as if a player is struggling they will find it hard to find the answers online and therefore the player must try their hardest to progress further. When No Mans Sky was released it was a highly anticipated game, however, it is now known as the game most likely to be traded in as the procedural generation aspect failed on its release as many people have stated that the game was very repetitive.

“No matter how many solar systems you jump to or planets you explore on the direct path to the center of the galaxy, you’ll grow tired of repetitive NPC interactions and the planets’ implied-but-shallow variety, and you’ll lose interest in new ships–and perhaps the journey altogether.”  – Gamespot Review by Peter Brown

“We Happy Few will cultivate a deeply nuanced story told through details scattered through its world, including some pieces that aren’t in the game yet. It’s the kind of game you want to experience when its finished, and not before.” – We Happy Few Review by Mike Epstein

Above are 2 reviews, the first one is about No Mans Sky and the second is about We Happy Few. We Happy Few is highly anticipated but so was No Mans Sky and that didn’t work to well, however We Happy Few has been released via early access so they can receive feedback from players on how to improve the game before releasing it fully which I believe is a very bright idea.

Also seeing gameplay I am very intrigued in the game because of the art style, there are many aspects that we can use from this game to place within our game, such as costume design, aspects/objects and the environment/weather. I am also a great fan of their website as it is very informative and presented very well. 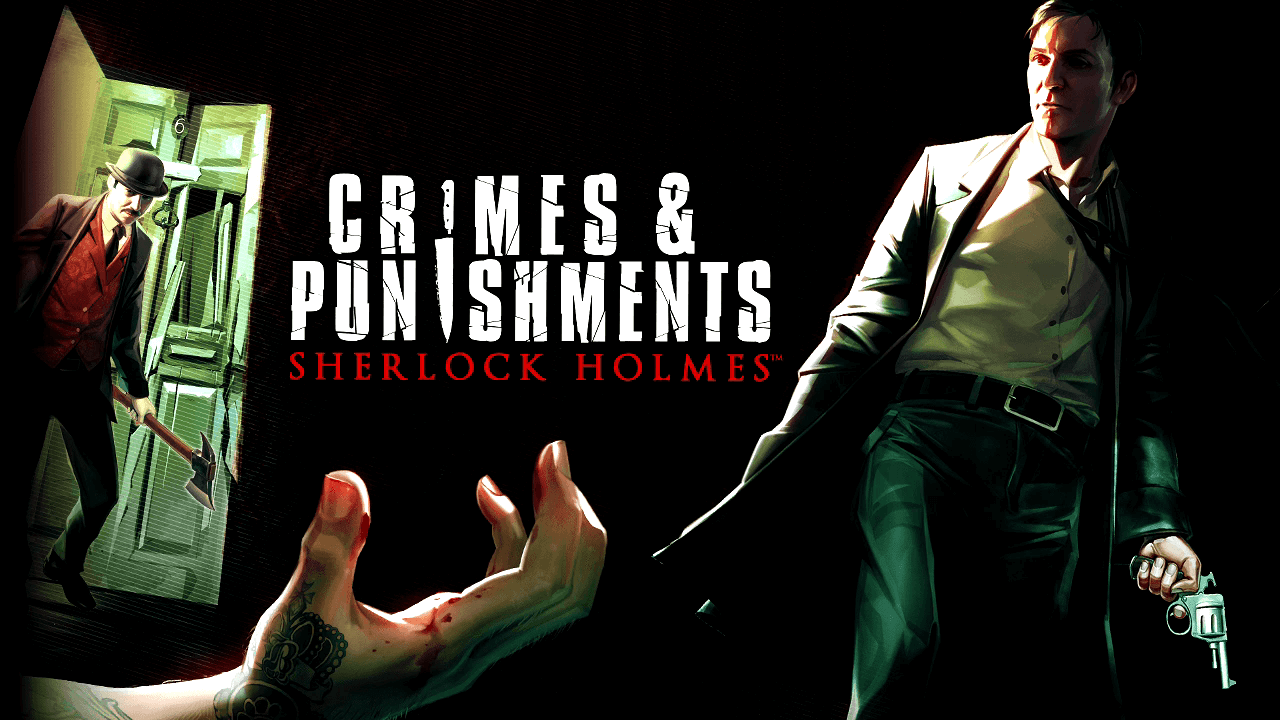 There are many Sherlock Holmes games (at least ten I believe) and they have all had good reviews no matter what console or game style, however, for this specific topic I have chosen to discuss the game known as ‘Crimes and Punishments’ because I have played this and I believe it can relate to our project really well.

The game is very guided, meaning the areas you visit are quite small and the path for the character is quite limited, however this is a good thing as it makes it better for the character to find items and objects. Also detective games are usually great as small closed of spaces as you can place more items down to fill the space and the environment therefore looks more realistic (this goes back to the ‘Their Pride and Joy’ project in which we had to fill the space as much as possible so the environment looked interesting). The game is set in the late 1800’s nearly early 1900’s so some of the aspects of the buildings exteriors/interiors would be good to look at as well as maybe clothing and assets.