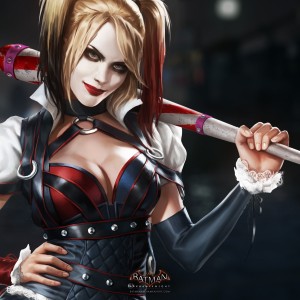 Hull School of Art and Design

When a woman starts to think about her dream wedding the dress is always one of the first subjects to be taken into consideration partially because of factors relating to looks, personality, finance and more. When looking at this image provided my first thoughts were about the colours and tones as the background is a dull/dark brown and the flowers are a deep/dark red therefore it brings out the brightness of the white wedding dress as there is such a great contrast. Wedding dresses are usually white as white is a colour for purity, peace and love. Most cultures and religions follow the belief of only having a sexual input on life once they have been married, hence the reason for the white symbolising purity, however, in most cases these days that religious rule is more lenient.

The woman that can be seen in this image does not have a large figure; in fact she is quite slim and fair skinned along with some fairly dark makeup, curled hair and plenty of jewellery and accessories. Denotations of the image include shape of the woman, the style of the dress, the colours found in the image etc. whereas the connotations depict the meanings behind all of these factors. For example the dress is slim at the waist and bust with a plain simple white whereas the bottom is beautifully stylish and rather extravagant, this suggests a mildly expensive purchase as well as wanting to show off the body as some of the bust is visible and the section of the dress near the hips slopes to define a better body shape.

Finance is a great issue mainly in England and America. Depending on the type of person and what they can afford you may come across a various amount of dresses. The women that usually want to show off how much money they have and how perfect they think they are tend to go for some rather extravagant whereas some people just look for something simple. The more extravagant dresses seem to be bigger (at the bottom as most women like to show off their hips) and also they have a lot of detail. This dress has a lot of material and the more material means the more expensive it will be. Also I feel like her posture is quite positive and strong as she looks confident with a slight smirk on her face.

The large veil that she is wearing looks very simple yet nice; veils have a lot of history behind them. In ancient Greek times the veil was used as a symbol of protection, it would protect the bride from evil spirits and increase her good luck for the future whereas in medieval times it was used as a symbol of purity just like the white dress. To some the veil is now only used for fashion, however it is still occasionally worn for religious reasons.

I'm currently studying Games Design at University and I also have an interest in Graphics Design as well as Photography. I really like Disney, Marvel, DC and Bioshock.